The King Family and the Sanctity of Human Life 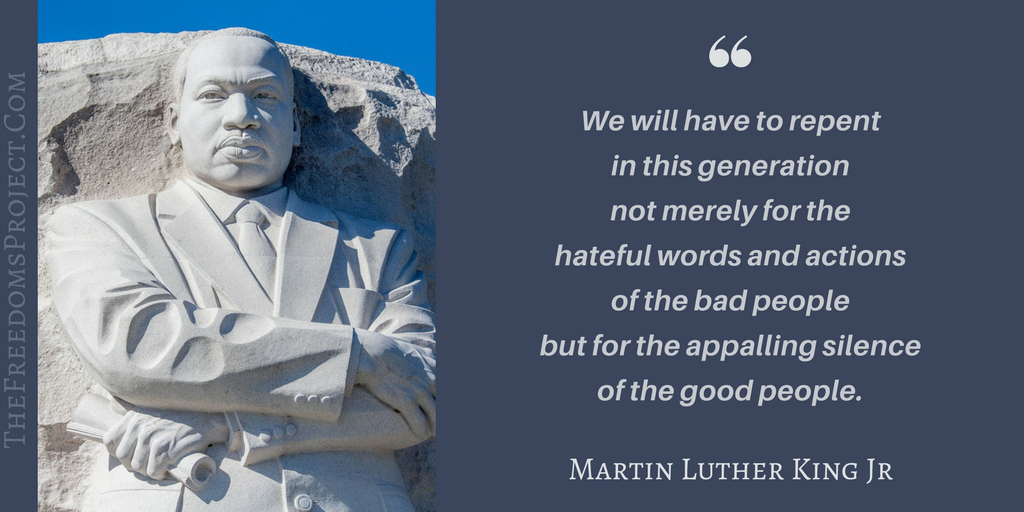 As a young woman, shortly after I married, I gave birth to my first son. It came after my uncle's assassination and the suspicious death of my father. My son'a birth was one of the few joyous events during a year of great sorrow. But three months after I gave birth, my body failed to resume its pre-pregnancy cycles. I went to my doctor to see if anything was wrong. I wanted a pregnancy test, but the doctor examined me without a test and said, "You don't need another baby; let's see." Then, without asking about my wishes and without my permission, he proceeded to perform a painful examination that resulted in a gush of blood and tissue emanating from my womb. He explained that he had performed a local D-and-C. Having no understanding of medical procedures, I didn't realize at that point that he'd killed the baby inside me. Of course, the lack of knowledge did not prevent me from experiencing the effects of post-abortion trauma. My body was sore. I began to develop breast inflammation, depression, and weight problems. I was argumentative and difficult to be around, and my young husband didn't know what to do. We argued a great deal, and we finally divorced. In 1973 we tried to reconcile, and I became pregnant again. My ex-husband absolutely did not want this baby and, because I was away from the support of my family and my church base, I gave in to his wishes. I became a client of Planned Parenthood. A doctor told me that what I had inside of me "wasn't a baby yet," and that the procedure to flush it out of my body would hurt no more than having a tooth removed.

All of this happened shortly after Roe v. Wade. What I was about to do was completely legal, but that didn't prevent it from being a nightmare. the next day I went to a clinic to terminate my pregnancy. My medical insurance paid for the abortion. As soon as I woke up, I knew that something was very wrong. I felt extremely ill, in a great deal of pain, and completely empty. I tried to talk to the doctor and nurses about it. "It will all go away in a few days," they assured me. "You will be fine." They lied. It kept hurting. It didn't go away, and I wasn't fine.

In the years after the abortion, I experienced an onslaught of medical and psychological problems. I had trouble bonding with my son. I suffered from eating disorders, depression, nightmares, sexual dysfunction, and a host of other issues. I felt angry about both abortions, but very guilty about the one I willingly chose to have, and this guilt made me physically and emotionally sick. I went through a miscarriage and cervical surgery as a result of the abortions and had problems with my mammary system as well. By this point I was about as far from heaven as I could be. I was divorced, guilt-ridden, and a long way from my church and the foundations of my life. In the midst of this I got into another relationship and became pregnant. The same scenario my mother went through years ago was playing out again. To add insult to my injuries, as haunted as I was by my last abortion, I was so misguided at that stage in my life that I believed having another abortion was the only answer.

I told the baby's father, a medical student, that I was planning to end yet another pregnancy and he stunned me with his response: "I'm not going to help you with this, Alveda. That's forty-six chromosomes - twenty-three from you and twenty-three from me - and I want mine back alive." I was stunned. What was I supposed to do now? Seeking counsel, I went to Daddy King. [Alveda's grandfather, and MLK's father.] At this point, I knew nothing about his earlier intervention with my mother that had saved my life - nor did he know that two of his great-grandchildren had already been torn from my womb. Regardless, what happened when I spoke to my grandfather changed my world forever. "They are lying to you, girl," he said. "This is a baby, not a lump of flesh. No one is going to kill a great-grandchild of mine, Alveda. You're going to have this baby." Daddy King was unequivocal, and his bluntness shocked me from a stupor I'd been walking around in for much of my young adult life. From that day on, after science and righteousness came together, I never considered aborting a child again. I began to see that abortion violates the civil rights of a person living in the womb of his or her mother.  I began to realize that God is the Author of all life, and that abortion violates God's procreative plan for humanity. I went on to have that baby and four others.

I am now the mother of six living children. While I have had to face some painful consequences from ending two pregnancies - the most heartbreaking of which are he fearful expressions on my children's faces when they ask me if I ever considered aborting them - I know that my ordeal has given me the experience necessary to speak out against the systemic infanticide in this country today. Even with my own children, I have had to stand guard against the scourge of abortion when they were challenged with unexpected pregnancies. I have reminded them that babies in the womb are people; that they are as helpless as slaves in the hands of their slave masters, as vulnerable as people who are aged or infirm, yet all are entitled to life and human dignity, from natural conception or fertilization to natural death.