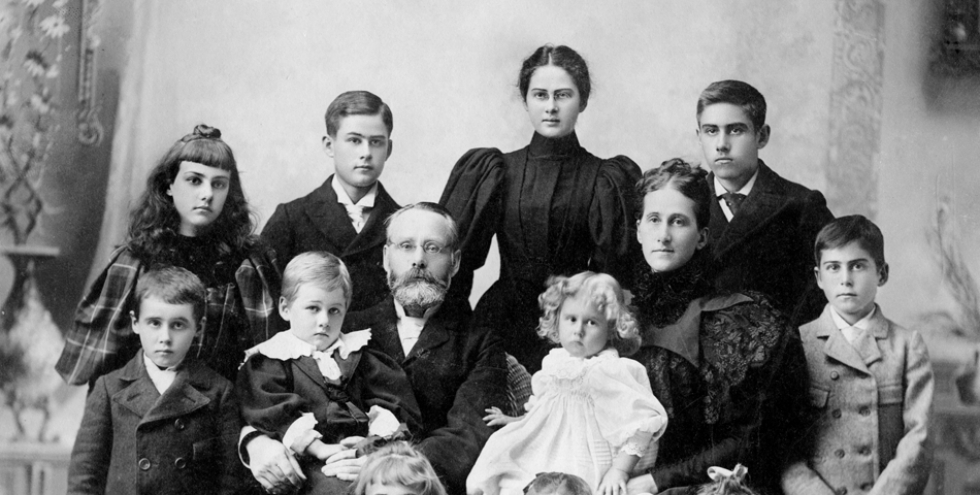 My recent article on the link between contraception and abortion prompted much debate on social media, indicating that many Christians have strong opinions on the subject. This is little wonder, considering that the issue of contraception strikes at the heart of every marriage. But those who so easily adopt the world’s concept of family size and ‘responsible’ parenting would do well to investigate the culture that prevailed until birth control became the default position for most churches.

Even a superficial look reveals that opposition to contraception was not, historically, a ‘Catholic’ position. It is notable that the famous Catholic converts, Scott and Kimberly Hahn, studied the opinions of early reformers on this topic while they were still Presbyterian. They discovered that Protestant author, John Kipley believed contraception disfigures the marriage covenant which is meant to be creative and life-giving. This led the Hahns to reject the use of artificial contraception long before they became Catholic.

As stated in the previous article, no Christian denomination proposed the use of contraception before 1930. The Anglican Church’s Lambeth Conference of that year introduced the idea of contraception (based on the decision of one’s conscience) to the entire Christian world. It was not only Catholics or Church leaders who were disappointed by the Lambeth decision. At the time, poet TS Eliot wrote that he regretted the bishops’ emphasis on conscience and asked, “...who of us is always wholly sincere, especially where the most imperative of instincts may be strong enough to simulate to perfection the voice of the Holy Spirit?”

It was clear to Eliot that since we are all wounded by Original Sin, our feelings are simply not to be trusted when it comes to discerning how many children God might want us to have. However, almost a century later, we can find Christian ‘prolife’ organisations such who partner with Bill and Melinda Gates to promote contraception as an end to poverty.

Abortion and contraception have been condemned specifically from the earliest days of Christianity. The first century document known as the Didache is believed to have been compiled by Jesus’ Apostles and clearly states that such acts are not to be perpetrated by Christians.

Scholars concur that ‘magic’ and ‘philtres’ refer to the use of herbal concoctions to prevent conception and to induce abortion. Fr Mitch Pacwa cites Wisdom 12:4, Galatians 5:20, Revelation 18:23 to support this connection

Fr Hardon calls this passage in the Didache “the first reaction of the Church to the prevalent non-Christian custom of destroying unwanted human life or preventing it by physical or magical means.”

Early Church father also stressed the need for the marriage bed to be a fruitful one.St Augustine, an early saint whose writings are widely accepted by Protestant denominations, wrote in his objection to the Manichean Faustus:

"And then, fearing because of your law against child-bearing...they copulate in a shameful union only to satisfy lust for their wives.  They are unwilling to have children, on whose account alone marriages are made. When this is taken away, husbands are shameful lovers, wives are harlots, bridal chambers are brothels, fathers-in-law pimps."

The 16th Century ‘reformers’ consistently condemned the use of contraception. Although Martin Luther denied the need for priestly celibacy, seeing this as a kind of ‘antinatalism’, he strongly defended marriage and believed large families were a great blessing from God.  Luther wrote:

“How great, therefore, the wickedness of [fallen] human nature is! How many girls there are who prevent conception and kill and expel tender fetuses, although procreation is the work of God! Indeed, some spouses who marry and live together . . . have various ends in mind, but rarely children.”

It is a horrible thing to pour out seed besides the intercourse of man and woman. Deliberately avoiding the intercourse, so that the seed drops on the ground, is double horrible. For this means that one quenches the hope of his family, and kills the son, which could be expected, before he is born. This wickedness is now as severely as is possible condemned by the Spirit, through Moses, that Onan, as it were, through a violent and untimely birth, tore away the seed of his brother out the womb, and as cruel as shamefully has thrown on the earth. Moreover he thus has, as much as was in his power, tried to destroy a part of the human race. When a woman in some way drives away the seed out the womb, through aids, then this is rightly seen as an unforgivable crime. Onan was guilty of a similar crime, by defiling the earth with his seed, so that Tamar would not receive a future inheritor.

John Wesley expressed similar sentiments in his commentary on the story of Onan, pointing out that souls are lost due to the sin of ‘spilling the seed.’.

“Those sins that dishonour the body are very displeasing to God, and the evidence of vile actions. Observe, the thing which he did displeased the Lord - And it is to be feared, thousands, especially of single persons, by this very thing, still displeased the Lord, and destroy their own souls.”

Sigmund Freud also condemned contraception, calling sterile intercourse a ‘perversion’. He stated that sexual activity is against nature when it has “renounced the aim of reproduction and follows the pursuit of pleasure as an independent goal.”

P.T. Barnum, the US state senator who later went on to found his famous circus, introduced an anti-birth control law in Connecticut in 1879. The law was so restrictive that married couples could be prosecuted for using contraception and stayed in force until 1965.

The apple doesn’t fall far from the tree

It should be reiterated that there are many Christian couples who resort to using artificial contraception out of a misplaced sense of responsibility. It is to be hoped that these couples sincerely search their consciences and realise that the Lord endowed human beings with fertility - not as a punishment - but as a gift. Fertility is not a product of the Fall, but was a blessing given to man in the Garden of Eden.

Contraception is an abomination of desolation in the midst of the temple, which is the human body sanctified by the Holy Spirit: through contraception, the Lord and Giver of Life is cast out as if He were an evil spirit, and in his place is welcomed the spirit of lust and avarice, to make its home in the barren womb, like a church with no tabernacle and no Real Presence.

When we look at Scripture, and look back throughout the history of Christendom, it is obvious that Christian thought was fundamentally opposed to contraception until the early twentieth century. In fact, we have no need to look much further than at Margaret Sanger to see that she had friends in very low places. An older article from Jason Jones and John Zmirak lists some of Sanger’s associates, and they read like a rogue’s gallery of eugenicists, Klan-level racists and even a concentration camp overseer.

Margaret Sanger and other proponents of racist, eugenic contraceptive philosophies have sold a lie to the followers of Christ. Christians who understand that man’s selfishness began with an infamous tree should realise that contraception bears an evil fruit. A sterile marital embrace is nothing other than the embrace of the world, the devil and the flesh.