Othering the Great Unvaccinated – a New Phase in the Blame Game 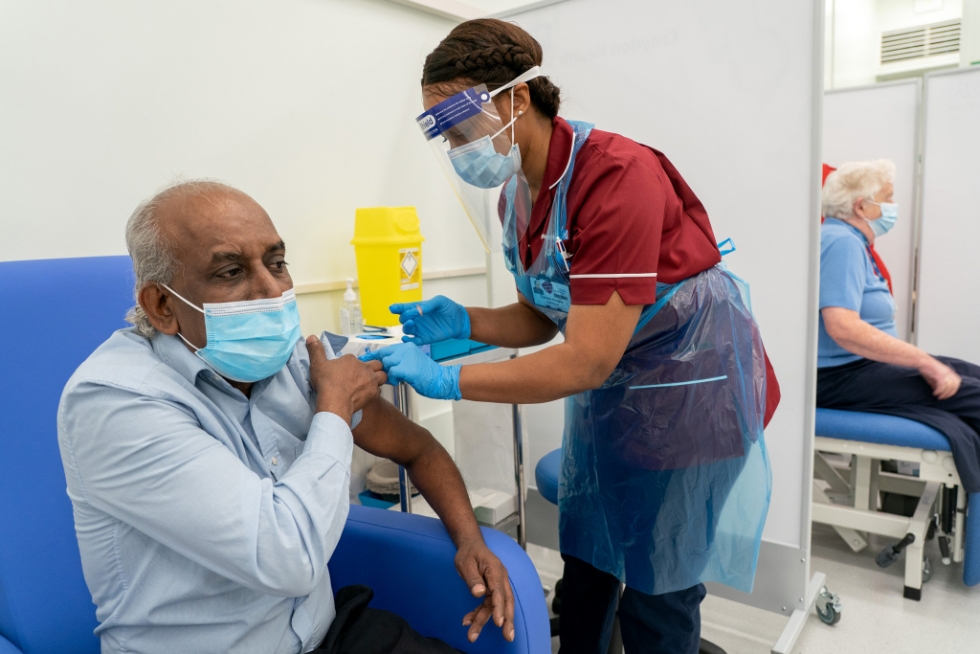 The great unvaccinated hordes are not only selfish granny killers.  They (we) are trashing the economy as well.  Treasury says so.

The Sundance Kid once famously complained to his partner Butch Cassidy about the mysterious posse of huntsmen tracking the outlaws across the plains on horseback, “Who ARE those guys?  They’re very good, Butch”.

Well, the ruling class, the aristocracy of CovidMania, is very good too.  Since the Chinese Communist Virus (CCV) arrived in the West, the puppet governments of the elites have been able, consistently, to get away with murder.  Perhaps literally, when you consider Andrew Cuomo and the deadly New York nursing homes fiasco as but one example.  This is passing the buck on a grand scale, deflecting the blame for their own stupidity, their evil totalitarianism and, perhaps worst of all, their blatant willingness to shut down their economies and smash the human rights of their citizens – all, seemingly, to avoid taking any responsibility for the shemozzle and so stay in power.

This “shift and shame” Covid feint has occurred in two phases.  Getting the punters to believe that, first, the virus, and second, the dissidents and the sceptics – and not the governments – are the real enemies, smacks of political genius.  The ruling class has been very, very clever.  It has all worked a treat.

One of the great Covid lies has been that it is the virus that has caused the economic pain, not the Government lockdowns and other non-medical interventions.  And, as we shall see, it is now the “vaccine hesitant” that are to blame for the hits to economic growth.

Apart from the lies, the blame shifting game has involved a number of phased approaches.  All have been mutually reinforcing.

First, there have been the insults screamed at the great unvaccinated masses and the narrative-doubters.  Covidiots, conspiracy theorists, anti-vaxxers.….  They are all familiar to us who have been so-insulted.  As noted by Professor Mark Crispin Miller, formerly of New York City University, a “conspiracy theorist” is merely a term of abuse to be used openly against anyone who is seen to raise questions about “the prevailing propaganda narrative”.  But for the ruling Covid elite class, they/we are beyond the pale.  Hence the screamed abuse.

Piers Morgan (of course) sets the gold standard in spittle-flecked insults.  Anna Brees was the unfortunate (and brave) journalist whom he attacked as a “conspiracy theory spewing imbecile”.  I guess that no one will ever mistake Piers for a journalist.

Then there is the non-reporting of alternate views on Covid and its discontents.  This has been the British approach to the protests, of course, most readily seen in the BBC.  But at both ends of the antipodes, simply wishing out of existence the possibility, let alone the plausibility, of an alternate narrative has been par for the ruling class course.

Next, we get character-shaming.  This is the attribution of (negative) character traits to the vaxx refuseniks.  The most commonly used is “selfish”, though there are several others.

And what about the social media killing fields of abuse, which can then be used as a resource for media types to re-use.  A poor Cambodian-born restaurateur named Stephanie Boyd in Western Sydney was abused by one of Sydney’s best known shock jocks, ex-rugby league caller Ray Hadley for being part of a superspreading site.  All lies, and, naturally, no apology.  It was the Cambodian woman herself who not merely likened the treatment of her on social media and the mental anguish it occasioned – she not only lost 90 per cent of her business, but all but lost her mind as well – to the Pol Pot regime’s worst excesses.  She said that this was worse!  This level of online abuse has been akin to The Lord of the Flies meeting The Madness of Crowds.  It is as if a million Ray Hadley’s have been let loose.

Then there is the problematising of the “vaccine hesitant”.  Even the use of this ghastly term suggests they/we are a problem to be solved, not a voice to be taken seriously, at face value, with respect.  Or as a South Australian MP that until this week no one outside Adelaide had ever heard of (one Frank Pangallo) opined, “they will need to be controlled or restricted”.  (Certainly, the unvaccinated in Australia remain a political problem for governments that saw vaccines as the silver bullet for getting them out of political jail.  They cling to this hope even as the evidence internationally mounts that Covid vaccines do not work.  Hence the demonisation campaign).

Two versions of how to solve the problem of the unvaccinated-other have been deployed.  First is the carrot approach.  Win them over with rewards.

In Australia, we have had two of note.  From the Labor Opposition in Canberra, it is going to be a $300 reward for a jab.  From the unaccountably prestigious and oft-quoted Grattan Institute at the University of Melbourne, there is the idea of a lottery with millions of dollars in prizemoney up for grabs, for those who get vaccinated.  These suggestions occur alongside media-driven campaigns like “roll up your sleeves for Australia” (which has this week staggered to a 20 per cent vaccination take-up) and the wall-to-wall infomercials for the Government’s overall approach to Covid management.

Then there is the stick approach.  Punish the dissenters with outsized penalties and retribution for their crimes against society.  The Canadian émigré who is the New South Wales shadow finance spokesman – one Walt Secord – suggests $11,000 fines for people who share information about lockdown protests on social media.  Similar draconian punishments are recommended for those who organise ($20,000 fines) or participate in ($5,500) anti-lockdown protests.  Let us “throw the book at these idiots” Walt said, thus combining two methodologies - the stick AND the insult.

We can only await the final stage of the othering process.  Re-education.

But let us return to the blame-shifting lies, the location of false culprits.  The first phase, as noted, was to blame the virus and not we-the-Government.  Now we have government and the ever-faithful mainstream media opening up a new front for the blame game, and it is another classic shift strategy.

Australian Treasury modelling – once regarded as world class but more recently used routinely for political purposes and so now to be taken with a large dose of salt – has been much in the news this week.

A group of the nation’s leading medical professionals have urged Australians not to wait for Pfizer and to get jabbed with AstraZeneca, as new Treasury modelling found that a lower vaccine take-up rate would wipe nearly $7bn off growth every three months (emphasis added).

This is, quite simply, a new and ever-more-crafty way of further embedding the idea that it is the recalcitrants who are the problem.  For “low take-up”, read vaccine “hesitancy” or better still, the “anti-vaxxers”.  Now the unvaccinated class is to be held responsible not just for killing granny but for sending the country broke as well.  The cleverness is in the linking causally of two unrelated events so as to further distance the real culprit – the governments who have been locking down their citizens – from the cause of the economic meltdown.

It is no coincidence that this reportage was in Rupert Murdoch’s flagship newspaper, The Australian, part of the stable that includes Sky News, recently silenced by YouTube, and the Sydney Daily Telegraph, which itself censored the Sky News lockdown sceptic Alan Jones.  I have reason to believe that Murdoch’s senior management here has been generally stopping its journalists from being, or even appearing to be, anti-vaxx, and has been, moreover, urging them to be aggressively pro-vaxx.

The Murdoch newspapers in Australia have been at the forefront of the ruling class’s shaming of real and alleged anti-vaxxers.  Whether or not this attitude of the Murdoch press  is largely about keeping the Liberal Party in government in Sydney and Canberra is another matter.  What it IS doing is to implant and perpetuate the idea that it is not the fault of governments that we are living through the nightmare that is CovidMania.  In their haste to demonise Labor leaders like Daniel Andrews, the Australian right-of-centre media have made a category error.  They haven’t noticed that all governments and both political parties have drunk the Covid Kool-Aid.   As a result, the media have been complicit in the worst public policy outcome in modern history.  In effect, they have taken the bait of government and have joined in the strategy of shouting “look over there at the whackos” when assigning the blame for lockdowns.

And, so, the lies continue and the truth remains buried, or at least very neatly hidden from view.