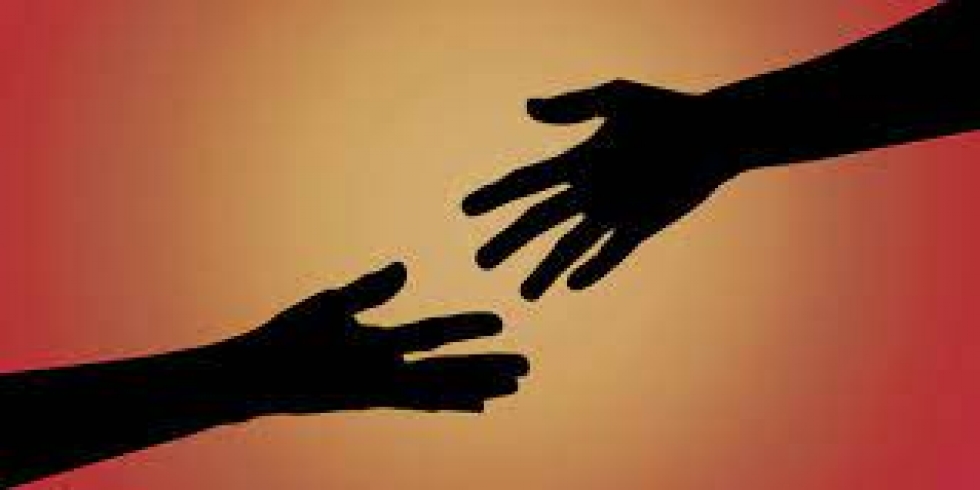 Covid has thrown up heroes.  Don't expect them to be acknowledged as such by the Covid class.

With thanks to the late David Bowie and the polymath Brian Eno, we are reminded of what it means to be called to heroic virtue, the traditional measure of sainthood:

Covid has thrown up its own heroes.  Not that many, and not nearly enough.  Not many among the governing class.  Few in the legacy media.  None in Western opposition parties, that I can see.  Not a one among the official public health family.  No one of stature among the coddled-by-Bill-Gates-grants academic community.  No, the heroes have been the outsiders, a new generation of deplorables, not remotely part of what the late Angelo Codevilla termed the ruling class.  Sometimes with not much to lose, but sometimes with plenty to lose, like their career.

Queen for one day?  Queen’s Brian May isn’t a hero.  Not like Eric Clapton is.  Even Her Majesty has urged people to “get the jab”, for the sake of “the community”.

I was taken, listening to one of the regular evening video chats from NSW Liberal politician Tanya Davies, by her wistful, down-home honesty about her own inadequacies as a leader of the Covid resistance.  Davies has been one of the very few politicians from the mainstream parties in Australia to challenge the Covid State narrative in even the slightest way.  She has become a lightning rod for opponents of the hated vaccine mandates, especially in locked-down Western Sydney, and for mandate supporters – she was termed an anti-vaxxer by the Labor leader.  When her own Government forced vaccines upon construction workers in Western Sydney if they wanted to keep working, she stood up for them.  With the recent change of premier to a notional conservative who has released much of Sydney from the worst of the shutdown, she might have felt vindicated, even smug.  But no, she felt remorse that she hadn’t achieved more.  Like an end to vaccine apartheid, which, we all hope, will only be temporary.

Perhaps Davies felt sheepish over an earlier Facebook post celebrating “freedom day” when most of her commenters were pretty angry and calling it “segregation day”.  For the Clot-Shot refuseniks, we were actually wanting her to threaten walking out on the Government, which is already teetering on minority status and could have ill-afforded to lose a single member.  She didn’t, so her hero status is contingent.  But as Davies pointed out, many of her readers told her that their own local members hadn’t even bothered to respond to their concerns, depression and anger.  When I posted something not entirely complimentary on the social media site of my own local member of parliament, it was instantly taken down!  No attempt whatsoever to respond to my claims.  Not a hero.

The Australian of the Year award is always announced with great fanfare.  As might be imagined, no one too “out there” ever gets the gong.  Selected by a committee of the great and the good, the recipient normally passes the woke test, or at least is inoffensive on core culture war issues.  The current holder of the title, one Grace Tame, is an “activist” ostensibly fighting for the rights of sex abuse survivors but typically pursuing conservatives like Bettina Arndt who are seen to defend men and Senator Amanda Stoker who defend the unborn, and anyone else who uses phrases like “fake rape crisis”.  There isn’t an enemy against whom Grace hasn’t turned her vitriol.  Not much grace, and not all that tame.  Not very Australian of the Year, either.

I wonder if Covid will throw up any contenders more deserving than young Grace for the 2022 award.  There are not that many to pick from, sadly.

My guess is that the real heroes, those who stood up to the Covid totalitarian State, will duly be ignored.  George Christensen MP?  No, he was actually reprimanded by the entire Australian Parliament for speaking “misinformation” about lockdowns and masks.  In other words, for following the science.  Just this week he was laughably attacked by a Queensland State politician for (allegedly) causing the slowing down in the take-up of vaccines in regional areas by his (alleged) anti-vaxx stance. Mainstream science.  (Queensland has had seven – yes, just seven – deaths from Covid in 18 months).

It won’t be Tanya Davies.  She too has been pilloried by her own side, not just by the Labor leader in New South Wales.

It won’t be Monic Smit, a brave young woman from the Dark State (aka Victoria) who chose jail over bail when ordered to desist from posting anti-Andrews-lockdown views on social media.  Or the brave freedom fighters who took rubber bullets in the back fired by Daniel Andrews’ Gestapo.

Or Craig Kelly MP, who left the Liberal Party to stand at the up-coming election for the United Australia Party that is run by the anti-Covid-State billionaire Clive Palmer.  (Palmer himself is a bit of a hero for taking on the fascist border closures in the High Court, which inevitably and supinely rolled over and validated the insane border closures).  Kelly is no Lozza Fox, or Sir Desmond Swayne, but he is all we have got.  And he isn’t too bad.

It won’t be the wonderful Liberal Democrats (an anti-lockdown, libertarian-inclined party) Upper House member from Victoria, David Limbrick, who, with three colleagues, was suspended from the Victorian “Parliament” for refusing to volunteer his vaccine status.

It won’t be Fred Nile MLC.  Or Mark Latham MLC.  Each heroes of the Anti Vaxx Mandate (AVM) movement.  It won’t be Senator Pauline Hanson.  Her private member’s bill against vaccine mandates will kill off her chances.

It won’t be leftie cartoonist Michael Leunig, just sacked over a brilliant anti Andrews jab jibe.  Yes, the left eat their own.  Andrews must be saved by The Age, at all costs.  Perhaps the guy who ultimately runs that august piece of fish and chips wrapping on the Yarra, one Peter Costello, got on the phone to Andrews to get Gay Alcorn to sack Leunig.  One of the biggest investments that Costello’s Future Fund has is in Pfizer.

It certainly won’t be Novak the Djoker, even if he comes down under – yes, they found a loophole – in January.  Costello’s Channel Nine has the rights to the Australian Open tennis, I believe.

It won’t be the bloggers from Sydney Criminal Lawyers, who have published regular, independent health and legal stories right through the Covid fiasco.  Or the brave lawyers who are encouraging class actions against vaccine mandates.

It won’t be the Fair Work Deputy Commissioner, Lyndall Dean, who, in a recent minority judgement over influenza vaccines, spoke out forcefully against medical oppression.  She said:

It is an abhorrent concept and is morally and ethically wrong, and the anthesis of our democratic way of life and everything we value.

For her trouble, Deputy Commissioner Lyndall Dean was chastised by an overweening NSW Supreme Court judge.

Heroic virtue.  Heroes all, and not just for one day.

It certainly won’t be Krystle Mitchell.  This brave, former police officer from Melbourne appeared recently, in uniform, on a podcast (Matt Wong, The Discernable Interviews, see below) to announce her resignation and the reasons for it.  She set out sadly and systematically what the Andrews Government has done to her State and to the police force she had served for sixteen years.  She spoke of a politicised police service, of the dictatorship of unreasonable CHO (Chief Health Officer) directions, of the (now globally known) viciousness of the methods used by many officers responding to the direct interventions of the Premier, of the breakdown in relations in Victoria between police and the community, and of the many, many officers (the majority, she attests) who share her view about the grotesque weapon of the Covid State into which she and her colleagues have been turned.  Hilariously, as Krystle notes, VicPol calls its public policing “reassurance patrols”.  She speaks of the suffering experienced by serving officers – and their shame.  She has been involved in setting up the Australian chapter of policeforfreedom.org.

Perhaps best of all, she admitted to having posted on social media in early 2020 “F… you Dan”, something with which many Australians would identify deeply.  VicPol later banned its officers from posting anything on social media.  Of course they did.  (It would be nice if Krystle’s social media post took off in the same way that “Let’s Go Brandon” has in the United States).

Krystle is a mega-hero.  Doing the interview ended her police career.  She may face further punishment for breaking the law.  Yet she could stay silent no longer.

No, I am guessing the Australian of the Year will be one of the Goon Chief Health Officers who have made our lives a misery.  Maybe the incoming Governor of Queensland, Jeanette Young, Queensland’s CHO, whose husband, a medical professor, has received monetary benefits from Pfizer.  Or perhaps it will be Jane Halton, Bill Gates’ right-hand-woman who runs something called the Coalition for Epidemic Preparedness Innovations (CEPI) and who participated in the now infamous simulation Event 201, which strangely predicted in graphic detail (in October 2019) the Covid “pandemic” that was to follow shortly thereafter.

Or perhaps the Aussie of the Year will be Shane Patton, Chief Commissioner of Victoria Police, for services to community liaison.  Or Professor Tony Blakely of the University of Melbourne, a refugee from Jacindarella’s Kingdom across the Ditch, who, his alma mater in NZ proudly boasted, has received over 3,500 media mentions – something today’s academics value most highly – who advises the Australian health bureaucracy on vaccines, who builds pandemic models (like the good Professor from Imperial College), and who is affiliated with an Institute at the University of Washington which has received over a billion dollars in financial support from its favourite local Seattle philanthropist.  To develop … vaccines!

Or Brett Sutton, Victoria’s own master of lockdown and Chief Health Officer.  Oh, and the afore mentioned Jane Halton’s brother-in-law.  We keep our public health technocracy all in the family.  Keeping us Aussies “Covid safe”.  Heroes all, in the spirit of David Bowie and Brian Eno.