The crimes of Dr. Kermit Gosnell were a result of an opportunistic serial killer flourishing in a systematic, statewide failure at every level of regulation. When officials raided his offices in 2010, a 30 plus year nightmare began to unravel in the form of blood splattered walls, corpses of dead babies who had been brutally murdered, and a library of patient files that echoed the harsh reality that one of America’s most prolific serial killers had just been discovered. What was even more shocking than the crimes Gosnell would be eventually tried and convicted of was the reaction of local and national media to the story, complete and utter silence. When the dust settled from the trial, and the Gosnell chapter of Philadelphia’s history was closing, the question arose as to where the remains of the babies that were found strewn around his offices were to be placed. The City of Philadelphia’s Medical Examiner took custody of the 48 babies and placed them in a city owned plot at a local cemetery.

Nine years later, my wife and I were asked by the national organization, Pro-Life Action League, if we would be interested in organizing a memorial service at the grave of Gosnell’s victims. We immediately and emphatically agreed to the request, and the next day we took a trip to Laurel Hill Cemetery to view the area where we would be holding our service. For hours we walked around the cemetery. After receiving directions from the cemetery staff, we were still unable to find the burial site. Eventually, we happened upon a large tree tucked away on the outer edge of the cemetery. There, approximately 5-feet behind the tree was a collection of rain-soaked teddy bears and nothing else. We knew we had finally found the final resting place of the Gosnell babies (see pictures). Our first thought was how once again these tiny victims were cast aside. We felt defeated, saddened, and appalled at our city. 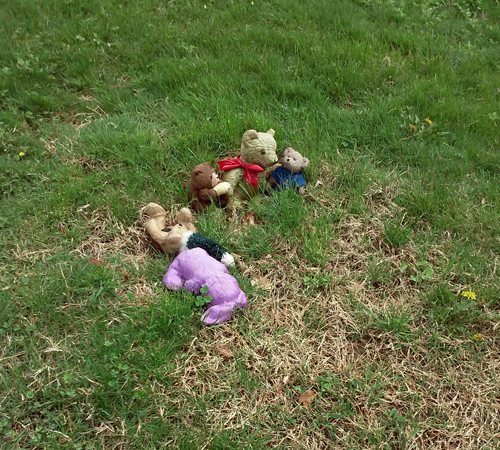 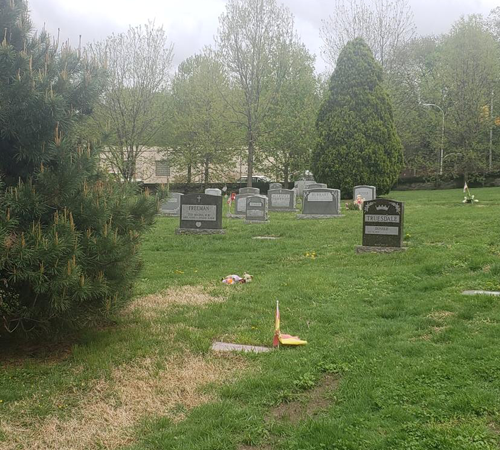 After speaking with the officials at the cemetery, we were told we needed permission from the Philadelphia Medical Examiner’s Office to place any kind of marker or headstone at the site. Given that, we sent an email to the office looking for said permission with the promise that we would fully fund the memorial. After eleven days of silence, we decided to visit the Medical Examiner in person. Our information was taken, and approximately thirty minutes after leaving the office we were sent a response denying our request to place a headstone at the site. When asked for a reason, we were once again met with silence. To this date, we have never received a reason for this denial, but still we remain undeterred.

On September 14th, 2019, the victims of Kermit Gosnell along with every other innocent victim of abortion will be honored at Laurel Hill Cemetery. As for the headstone, my wife and I have started a fundraiser so that we can purchase the plot next to the babies as well as a headstone, where the suspiciously silent control of the City of Philadelphia cannot stop us.

For more information on our campaign, please visit us at www.thephilly48.com